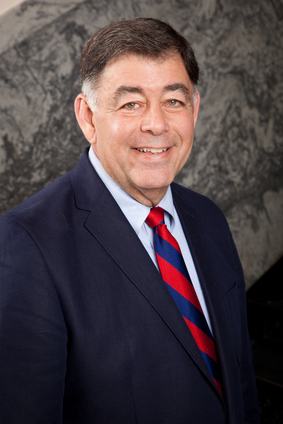 Mr. McKay has represented plaintiffs and defendants in a wide variety of matters ranging from intellectual property to community property; wills and trusts to antitrust; RICO to ERISA; class actions to derivative actions; product liability to professional liability; and more.

In addition to his trial work, Mr. McKay has been mediating casualty and commercial disputes for over 20 years and has been associated with the mediation/arbitration firms of ADR Inc., and then MAPS, Inc. prior to joining The Patterson Resolution Group.  He is also on the American Arbitration Association's Roster of Arbitrators.

Successfully represented a national computer network services company in a suit for breach of a $200+ million public contract governed by the Federal Acquisition Regulations filed by the State of Louisiana with the ultimate result of a dismissal of the state's $17 million counterclaim, an agreement on a termination for convenience finding and a $25+ million arbitration award in favor of the client.

In state court, successfully represented the managing partners and 50% owners of a $100+ million retail, commercial and residential development in a suit brought by the other partner for dissolution of the partnership and for damages alleged to have resulted from mismanagement.

Successfully defended a client from a subcontractor claim arising out of a public contract from the City-Parish of East Baton Rouge for disaster relief and cleanup.

Successfully argued to the Louisiana Supreme Court as amicus attorney in an issue involving state regulatory interpretation and collection of accounts due for medications provided under the Louisiana Workers' Compensation Act.

Successfully represented a client on the issue of whether the client (insured) or the insurer was entitled to the salvage when the "covered loss" was millions of dollars in excess of the policy limits plus the salvage value.

Mr. McKay was awarded the Alumnae Public Service Award from the LSU Law Center Public Interest Law Society in February, 2016.  He has been named to The Best Lawyers in America for his work in the field of commercial litigation and has been recognized by Louisiana Super Lawyers.

"Depose the Lawyers? How About the Commissioner? Why Not the Governor? Unique Discovery Issues from Client Network Services, Inc. v. State, et al," Baton Rouge Bar Association CLE by the Hour, December 2018.

"Bill's Firm: A Story and, Perhaps, a Template," paper for course on "Selected Issues in Dispute Resolution: Conflict Consulting and Coaching" January 2019.

"Vioxx Litigation: Cave In, Windfall or Another Day at the Boudin Factory," final paper for a course on "Selected Issue in Dispute Resolution: Mass Tort Settlements" in pursuit of a Master of Law degree at the Straus Institute for Dispute Resolution at Pepperdine Law School in Malibu, California, November 2016.